'No one tech provider can do it all very well'

ReadyTech’s head of education technology Brett Dalton is no stranger to change in EdTech.

As a veteran of Instructure and Canvas (learning management), Echo360 (video for higher education), as well as The University of Melbourne and La Trobe University, he’s witnessed firsthand how educators and technologists are both evolving to drive better education for students.

And there’s one prediction he says educators can count on. Technology ecosystems are the future.

“Twenty or so years ago everyone was running stuff on-premise. Every vendor had their own proprietary software and every file format was specific to them. There wasn’t good cross-compatibility between different software for customers – but there didn’t need to be.

“With the advent of the internet, software needed to be able to work together more easily. It became a core business imperative to be able to integrate with other software. The more we move towards SaaS and the cloud, the more open architecture is becoming a general market trend.”

So is the future integrated technology ecosystems? We sat down with Brett for his take.

Q: Is the education technology market moving towards connected ecosystems?

Today the ability to integrate is a fundamental requirement for most larger customers - and even smaller customers want to be integrated with other systems.

The industry at large now expects you to be able to integrate to one extent or another.

Q: Is the trend something to do with the speed at which technology is changing?

Any system that isn’t open won’t be able to change fast enough. The pace of development means that, if you try to do too much, it will often take too much time; with market trends in VET and higher education changing as fast as they are, any single vendor committed to compliance is likely to have to make road map sacrifices elsewhere given the sheer scale of that ongoing commitment.

At ReadyTech we want to do what we do very well and integrate with tools that do their thing very well. For example, JR Plus is a Student Management System - not a finance system. So we integrate with Xero. The same goes for learning management, where we’ve partnered with aNewSpring rather than building an LMS from scratch. That’s because an LMS is a speciality solution that needs to be able to adapt and change with the needs of educators and students. We’d rather offer our customers a global best-of-breed system than add in a quizzing tool and call it an LMS.

Q: What are the big advantages of this open ecosystem approach to technology?

The main advantage is that if you’re using an existing system – like Xero to take care of your finance function, for example – you don’t need to go and change that system. When you have an open API, you can integrate new software with your existing systems easily. It reduces the friction when you change systems; you only need to change one part of the system rather than everything at once.

For example, if you’re migrating to a new Student Management System that has that level of integration you can keep your existing systems in a lot of cases. An all-in-one solution can be initially attractive from a cost perspective, but it can be a false economy, because customers can end up having to work around a lot of limitations and end up with a large cost of implementation.

Q: Is a technology ecosystem more of an advantage for larger or smaller education providers?

The answer is both. For larger clients, it’s really the default; they’re not interested in talking to you if you can’t integrate because they have a large number of systems. The open architecture ecosystem is always going to have advantages for smaller clients, because it gives them flexibility and options. Both larger and smaller providers benefit from the likes of a marketplace, where they can browse, choose and find their own value from the menu of integrated systems available in the ecosystem.

Flexibility is an important factor for both as well. As much as one system can look attractive, you can end up tied to it and moving can become incredibly hard. That extends to the accessibility of data, file formats, and migrating data in and out - taking data with you in future. That’s one reason our Student Management Systems have open APIs and reporting architectures to get that data out.

Q: What developments in the EdTech market will support this trend into the future?

IMS Global’s Learning Tools Interoperability (LTI) Standard has been around for about 10 years now. While the original version allowed you to connect to another system, authenticate information and then pass a grade back to a student, the LTI Standards have now expanded to a range of other information in education including progress visibility and student attendance. There are even new standards around the data streaming of live events. Because learning standards are more prevalent and more products are starting to take them up, this is starting to make it easier to integrate these tools. We are seeing more standards, making it much easier to connect systems with each other.

Q: Are there any other technologies that will encourage the EdTech market to move this way?

Because most software is moving to Software-as-a-Service (SaaS), which means it is always available and ‘always on’ in the cloud, doing integrations becomes much, much easier. A lot of issues with desktop software go away when you have the cloud. So that is the largest part in this equation.

Then there’s the standards emerging around learning technology that I mentioned, as well as standardisation around APIs – protocols like REST, which is a standard pattern for creating an API – which is all making the process of getting systems to talk to each other more simple. We’re even seeing a move to API-based interactions with government; for example, the TCSI [Tertiary Collection of Student Information] initiative in higher education and VET Data Streaming with AVETMISS reporting are examples of the move towards real-time data reporting. What we are seeing is a move away from file-based exchanges, which are the way people have done it before, towards API or real-time integrations.

Q: Where do you think the technology ecosystem trend will take us in five to ten years?

I think there will be more standardisation around the data we need to collect and the data we need to manage students. Providers will be able to more easily curate the ecosystems they want, from their preferred LMS, to attendance tools, scheduling tools, finance tools and more. It will make it easier to take advantage of best-of-breed rather than being stuck with what they have right now.

The other thing that’s going to happen - as we’ve seen in the gig economy - is that there’s a lot of innovation going on right now. The most exciting thing is that we likely haven’t seen the true game changing technology yet – somewhere there’s a bunch of smart people working on a whole new way to solve some of these problems – and we can’t wait to invite them in. 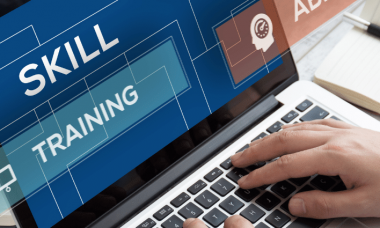 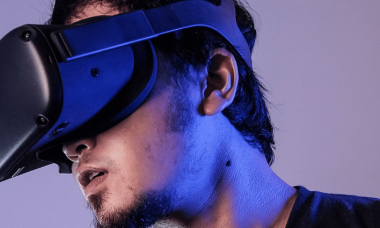 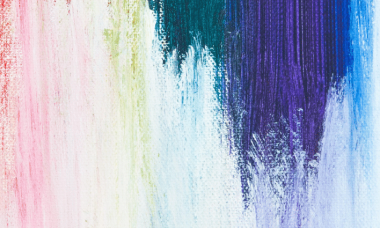 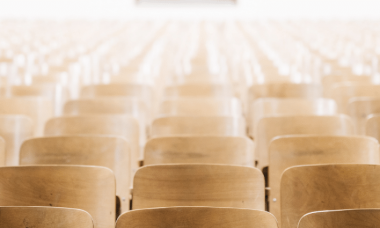 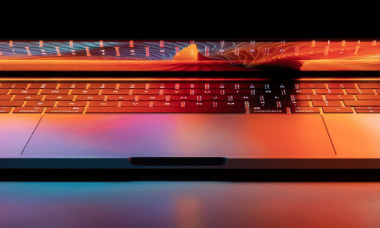 5 possibilities for the future of digital skills training 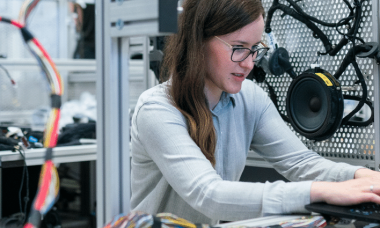